Six years ago, I was frantically trying to pack up the house I was renting on one side of town so that I could move back into the house I owned on the other side of town. It was January 2014 and less than two months earlier I’d sold my house…or so I thought.

There were a lot of reasons why I wanted to sell my home, but that bad decision to move when I did was the beginning of three back-to-back terrible house-related decisions, and a total of seven moves in less than a four year period of time, that completely wrecked me financially; at a cost I’m still paying for today.

Why did I think I’d sold my house? Because my realtor told me I did.

We had the contract and the earnest money in hand; the inspections were done and repairs were made; an appraisal was completed; and the closing date was set. But I made one big mistake. I moved out of my house the weekend before closing, which was set the Friday after Thanksgiving. I knew there was no way I could get packed up and moved the actual day of the closing AND since I was planning to rent for a year, I also needed to secure a place where I’d be moving to before moving out. So I put down a deposit for the rental house, paid the required first month’s rent, and then paid movers to move me out of my home and into my new place.

The buyers were making their preparations too. They put in for their mail forwarding; the paperwork to have the utilities transferred into their names was completed, and they were planning to start moving in that weekend after closing.

But during the process, something felt wrong. I couldn’t put my finger on it, but something just didn’t feel right. And then my realtor went AWOL during the final days leading up to the closing; the time period when she should have been most available.

And then I got the phone call. The closing had failed! What happened after that was a total nightmare!

First, we tried to work with the buyers and their bank, to try to find out what happened; see what could be done in an attempt to get them to change their mind. Before I accepted their offer, my agent had assured me that they had a pre-approval letter, so hearing that the failure had to do with finances was a shock to me; leaving me to question whether or not my agent had really done her due diligence.

Then we tried finding another buyer (sadly this was right before the housing explosion in Nashville)! It was the middle of the holidays and no one was looking to move during Christmas. By January, I’d been paying both a mortgage and rent for three months and couldn’t continue doing so.

So, I made the hard decision to move back into my home and take it off the market.

That meant not only losing my deposit at the rental; but paying to get everything transferred back over into my name – the cable, the security system, phone, gas, electricity, and water. It also meant that all of the money I’d paid to turn everything on at the rental was lost; as was the money paid to the movers; and now I was going to have to pay to move back to the house.

Talk about a hit to the finances!

No house sale. And now I was out over $8,500 of money (counting the rent, the deposit, moving costs, etc.) that I really didn’t have to lose. All because someone else’s finances fell apart. Even though I didn’t know, and my agent didn’t tell me that I could have put a contingency in the contract to not move out until a certain number of days after the closing – I would have still been out the deposit and first month’s rent on the rental house, as that was the only way to hold the place to move in to. Not to mention the costs to make the updates they wanted from the home inspection.

That hard financial hit taught me one thing. Don’t accept another contract offer without adding a contingency on the move out date. That’s what I did four months later after switching realtors and putting my house back on the market. And it sold to a nice couple, who accepted the contingency, allowing me to move out three days after we closed.

But unfortunately, instead of going with my original plan of renting first; I put my money into another house (I needed to move from having stairs to having one-story, for health reasons). Under normal circumstances, this would probably have made perfect sense. But once again, I didn’t listen to my gut. I started having a bad feeling on the house during the inspection process – a time when I could have walked away due to the contingency I’d placed on it about the inspection report. Everything in me said to stop; something wasn’t right. I truly felt that the buyers weren’t being truthful. But once again, I listened to my realtor (a different one) and convinced myself that perhaps I was just getting cold feet and unwarranted panic attacks. So we kept moving forward.

I ended up in a money pit, and with documented evidence that came later, turns out the buyers HAD indeed lied on the inspection report and face-to-face when questioned about certain things. And while it cost me a lot of money to make the repairs, the attorney I spoke to said doing so would still be cheaper than trying to sue them. You see, even if I won the lawsuit, she said…all they would have to do is declare bankruptcy and I wouldn’t see one penny of the money; but I will have spent over $20,000 in legal fees and such to take them to court.

I decided to cut my losses. I called my old realtor who sold the other house, and he sold that one in less than two weeks. I just wanted out and away from another house.

I can admit today that I fell into a depression, fueled by the incredible back-to-back financial hits I’d incurred – the draining of my savings account, the distrust of people who I thought were supposed to be there for my best interest. And the multiple moves in such a short period of time that hadn’t just destroyed my bank account, but my confidence and the security of who I was.

I knew that my mental state wouldn’t allow me to trust another home purchase decision; and I certainly wasn’t going to trust another realtor. So, after a one year stay in one rental house, I moved 30 miles away — closer to my job — settled into another rental where I stayed put for the past few years.

I needed to breathe, to think, to plan, to live for more than a year in one place, and think back on and figure out the rest of my life. 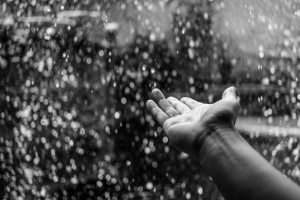 I couldn’t go back and change what had happened. And I knew it would take me years to replace all the money I’d lost over the two years. But I also knew I didn’t want to make another move without a full plan in place.

What would I do differently?

Well, hindsight is always 20/20. And as this year is 2020, it seems appropriate to refer to my life’s lessons in vision terms. I should have viewed more things through strong lens.

A Tiny Farm In A Big Garden